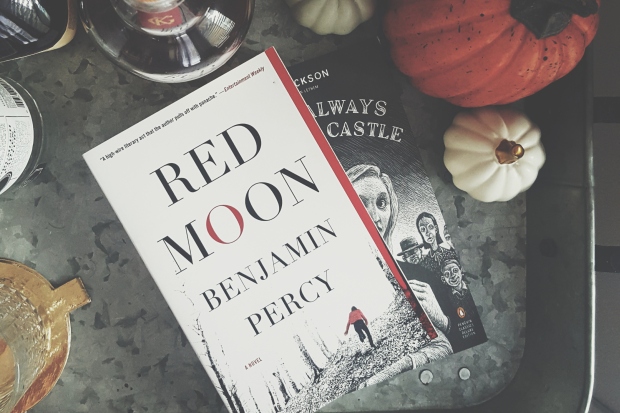 Bookstores should offer human horse blinders at the front door, right next to the plastic shopping baskets.

We’re all either the type of person who needs the former or the type that needs the latter. Key word: “needs.” This girl right here happens to want a basket, but need some blinders. When struck with the urge to have a particular book, it consumes me. It quickly evolves into something primal, with a sense of the highest immediacy to get to the nearest bookstore. Upon arrival, rather than get what I came for and go, I tend to get carried away and submit to the frenzy. Few hours and many dollars later, I emerge with what some (looking at you, Mom) might consider too many too much. Unfortunately, the have-to-have-it craze doesn’t always translate into a have-to-read-it urgency. Stacks on stacks of volumes lay unread in a home by the name of mine.

I’ve recently tried switching to the online ‘Reserve In-Store’ option with the theory that this will allow for less ambling amoung new release tables, less perusing the YAF aisle, and fewer frenzied pick-ups. Get me in, get me out, small paperback in hand, only one addition to the stacks. Shocker, it hasn’t worked yet. Alas, there are worse things to foster an addiction for.

Now that we’ve gone through that little personal story time journey together, let’s get on with it. There was a point, I swear. It’s that we’ve done recent reads around here before, but this particular one features a few of those stack selections. They’ve been lying around my house for upwards of a year, just waiting for me to pick them up and dust them off and lovingly read them through with ample consideration for their poor spines (crack kills, folks). I’ve also held off because they align with a certain Octoberly theme…

Halloween is my absolute favorite season. Every year, I look forward to teeing up the hot apple cider and spooky-but-not-scary movies and pumpkin decor and autumnal playlists. Naturally, this love extends to the biblio nature. So here are some of my recent reads, ’tis the season edition. Enjoy.

This has been out for a while and sitting in my ‘to read’ pile for almost as long. In one of my frenzies, the title caught my eye and the Neil Gaiman review snippet on the cover sealed the deal. This book is a take on vampire lore (check) set in Queen Victoria’s England (check) with references up the werewolf’s wazoo to other popular fictional characters of the time (the biggest check there ever was). Van Helsing, Sherlock Holmes, Dr. Henry Jekyll and that other guy Mr. Hyde, Inspector Lestrade, Bram Stoker himself, Lord Ruthven, and more! A decently hefty read, it’s getting tough for me to lug it across the country and back (more on that another day).

Unlikely that I’ll finish this one before Halloween, but I’m giving it the good ol’ Monsters University try.

We Have Always Lived in the Castle – Shirley Jackson

I cannot rightfully take credit for willingly wanting to read this one. My best friend has had this book on her list for quite some time, and I believe her spooky-horror-loving mama was the one to put it there. The cover art of this edition is absolutely beautiful so right off the bats I recommend it for that reason alone. Jackson’s writing style is interesting and her dialogue can get… unsettling. Not scary, not spooky, but there’s something about the emotional shifts in how her character’s talk to one other, or on occasion to themselves, that you can’t help but think something’s not all there. I came into the book trying to puzzle out the grand finale scare the entire time and I recommend others do the same… because there doesn’t happen to be much of one, so that’s as much excitement as you’re gonna get.

The Castle of Otranto – Horace Walpole

The veritable patriarch of the Gothic novel – the “OG,” if you will. Think Dracula, think Frankenstein, think The Monk (does anyone think The Monk anymore these days?). All inspired by Walpole and his tales of Otranto. I’ll admit, I had never heard of him until the professor of my Jane Austen class in Cambridge gave us some short passages to study. It’s a quick read, just over 100 pages, and the story keeps the pace at move-along speed. I got through it in the span of a bubble bath (I mean, blood bath…?) so you should be able to chomp on through it as well. Funnily enough, it may have been considered scary way back in the day but I wouldn’t worry too much about it in the present. This is just Stephen King’s world and we’re all living in it.

This fell into the frenzied pick-up pile courtesy of my time at Strand.

I mean… I’m not even going to gratify this one.

Not to be mistaken with The Doll People (which is precisely the mistake that I made, which led to completing yet another Reserve In-Store hasty pick-up because, again… have-to-have), this is another such doll-related book of a much more macabre variety. I recall going through a very odd, short-lived murder mystery phase in the days of my youth and this book happened to be part of it. Basically, a young girl goes to stay with her Aunt in their mysterious old family home with, you guessed it, history of a gruesome murder. The dollhouse happens to be an exact replica of said old family home and the dolls happen to be itching their wooden limbs with a story to tell. The overall plot is… interesting? It’s stuck with me in bits and (rest in) pieces(???), but I’ll also forewarn that Wright takes on some sensitive topic, social commentary threads that I completely forgot about. Wouldn’t really recommend this one unless it is literally one of the last books on earth. So. Yeah.

More importantly, anyone out there able to remind me what The Doll People is actually about? It’ll be a few years before I get around to that one, I’m sure.

Another that’s been on my list for perhaps years, as in multiple. The cover art is rad. People who say don’t judge a book by it’s cover are lying to you, it’s something that is a very okay thing to judge it by. Percy has a really great narrative style and the story itself is so interesting and adaptive. It brings to mind all sorts of politically-charged times in American history (think AIDS crisis, think post and pre-9/11 terrorism, think the Red Scare, Civil Rights, World Wars, any oppression you’ve ever heard about, and riots for peace… think anything in the news these days, really) with a werewolf (“lupine”) twist.

This is a bit of a monster read (are you having that???), so it’s looking to be the one that carries me through to that Halloween finish line.

As always, feel free to follow along with my real time bibliove over on Goodreads. I’ve learned how to update page progress. 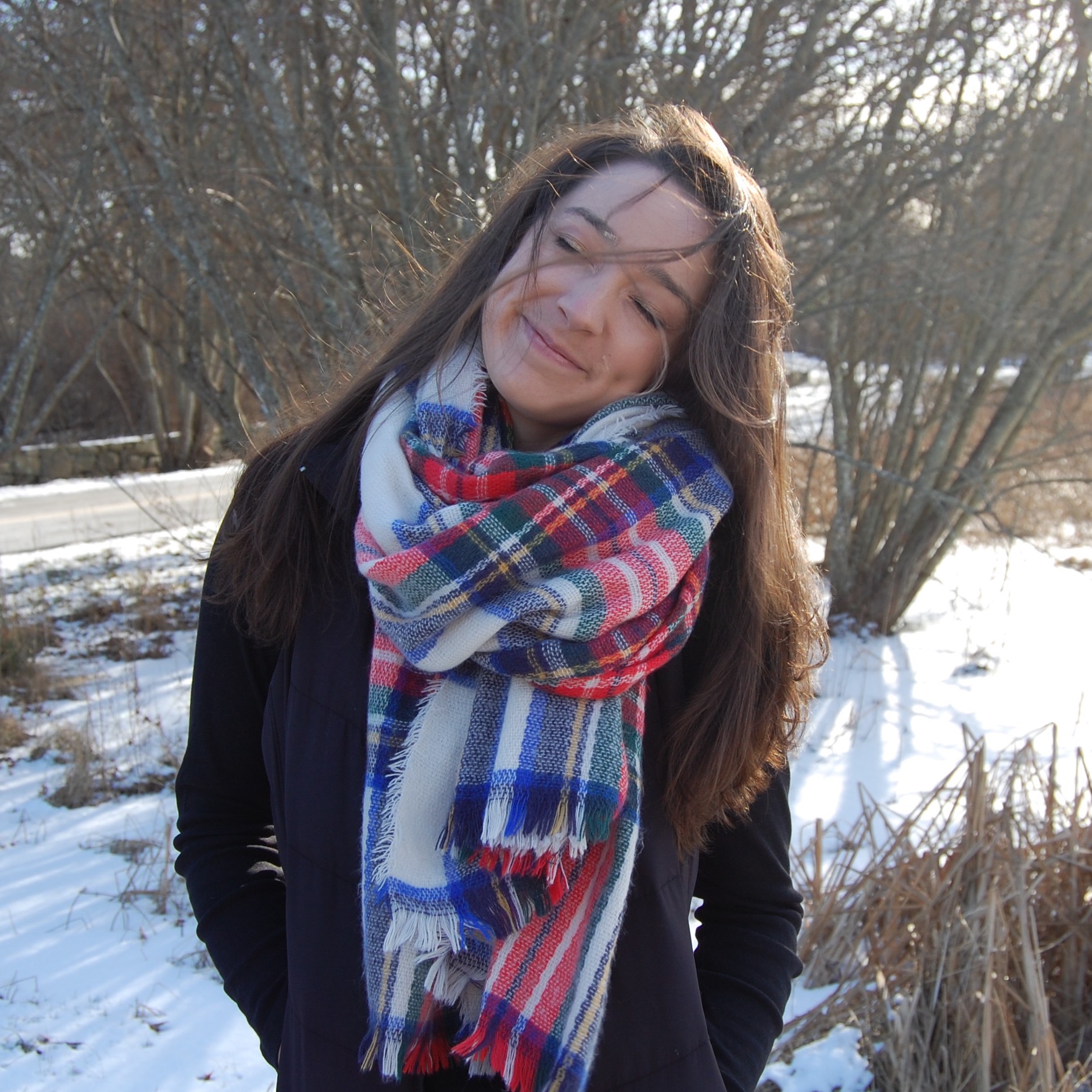